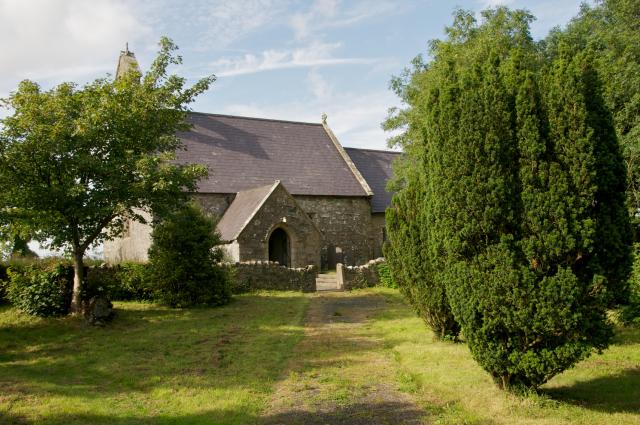 Church thought to be founded by Gredifael, or Credifael, an émigré from Brittany in the late fifth century. The nave and chancel probably date from the late fourteenth century, and was little altered by Henry Kennedy's restoration of 1848. The late-fifteenth century alabaster tomb chest in the north chapel is of Goronwy Fychan and his wife Myfanfy. Goronwy was an uncle to Henry VII's grandfather Owain Tudor and the tomb was probably commissioned after the accession of Henry VII to commemorate the importance of Penmynydd as the traditional seat of the Tudors. In 1848 Queen Victoria donated £50 towards the restoration of the north chapel.

Search for further information about Church of St Credifael, Penmynydd, Anglesey on Google

Works at this site: