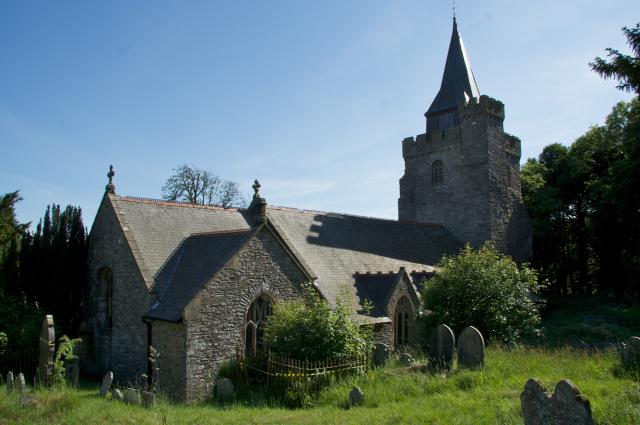 The site was reputedly given in the twelfth century to Strata Florida Abbey, and the church was built here in the twelfth-thirteenth century. The tower dates to around 1350, and the north aisle to the fifteenth century. The church was restored in 1878 by George Gilbert Scott and Arthur Baker, under the patronage of the Revd Chevalier J.Y.W. Lloyd of Clochfaen (1816-87), who provided £11000 for the work. The unusual scheme of stained glass, by Burlison & Grylls, was under his direction. Tower restored 1983-85.

Search for further information about Church of St Curig, Llangurig, Powys on Google

People associated with this site
as architect: George Gilbert Scott