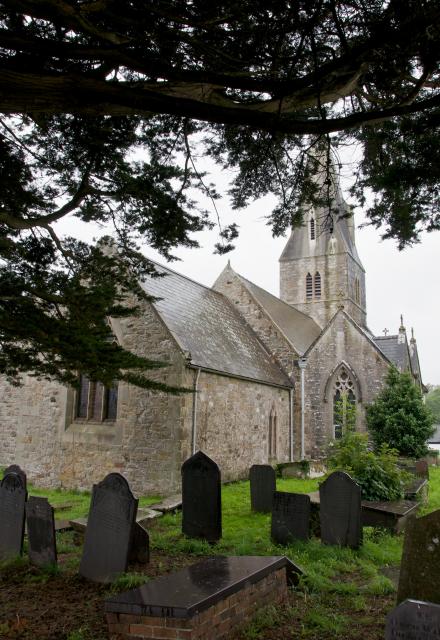 Rebuilt medieval church originally located close to the medieval borough of Llanfaes, although that community was moved to Newborough in 1303. West tower built in 1811. The chancel and nave incorporate medieval fabric, and were rebuilt by Weightman & Hadfield in 1845, when the spire was added.

Search for further information about Church of St Catherine, Llanfaes, Anglesey on Google

With its oldest portion built in 1811 this cannot be a medieval church.
Its location at GR 605 778 is well removed from that of the former Llanfaes Priory at about GR 609 774
Submitted by: Michael Burkham (2017-01-25 15:21:17)
Editor's response: According to the Buildings of Wales volume for Gwynedd the nave and chancel include thirteenth- and fourteenth-century fabric. There are also a number of eighteenth-century memorials testifying to the existence of the church prior to the building of the tower.