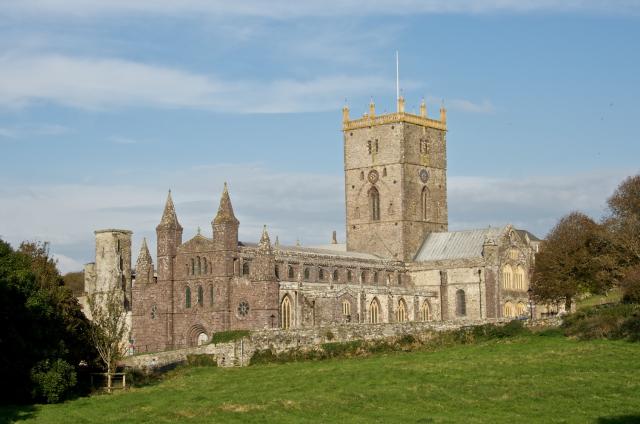 The present cathedral was begun in 1181 on an early monastic site traditionally associated with St David. The cathedral was enriched by Bishop Gower in the second quarter of the fourteenth century when the pulpitum was constructed, and the nave roof and ceiling were completed in the 1530s. However the relics of David and Justinian were removed in 1538 by Bishop Barlow, and in 1648 much of the building was destroyed by Parliamentarian soldiers. The west front was built in 1793 by John Nash and George Gilbert Scott restored much of the building from 1862-77. The eastern chapels, including the Lady Chapel, were restored from 1900-10.


Other sites at St Davids, Pembrokeshire
Chapel of Our Lady and St Non
Tabernacl